These are the places like Hull that have shocking poverty, that have been neglected and ignored by politicians, the left, the revolutionaries - and now they have an excuse to carry that on because they've had their prejudices confirmed

I'm done at the minute, massively can't be fucked

As I said previosly the vote went much,much deeper than just immigration,as the 'Remainers' would have us believe. It is again this great North/South divide. People in the North feel neclected and disenfranchised.Fuck an independent London,they're practically autonomous anyway. Lets go for an independent North,draw a line from the Severn to the Wash and go it alone.It can't be any worse. Oh,and include Wales in that.

Yeah definitely. Like Alf voted leave and he isn't a fucking racist or fascist, he did it like a lot of people I know so they could sock it to the eu

But man social media is in meltdown. I can understand their concerns but fuck their working class prejudices and fuck this idea that the eu is a shining beacon of hope and open mindedness and progressiveness, when they've imposed brutal neoliberalism on the continent, starved greece of food and basic medicine, and watched as poor people die in the mediterrenean every day 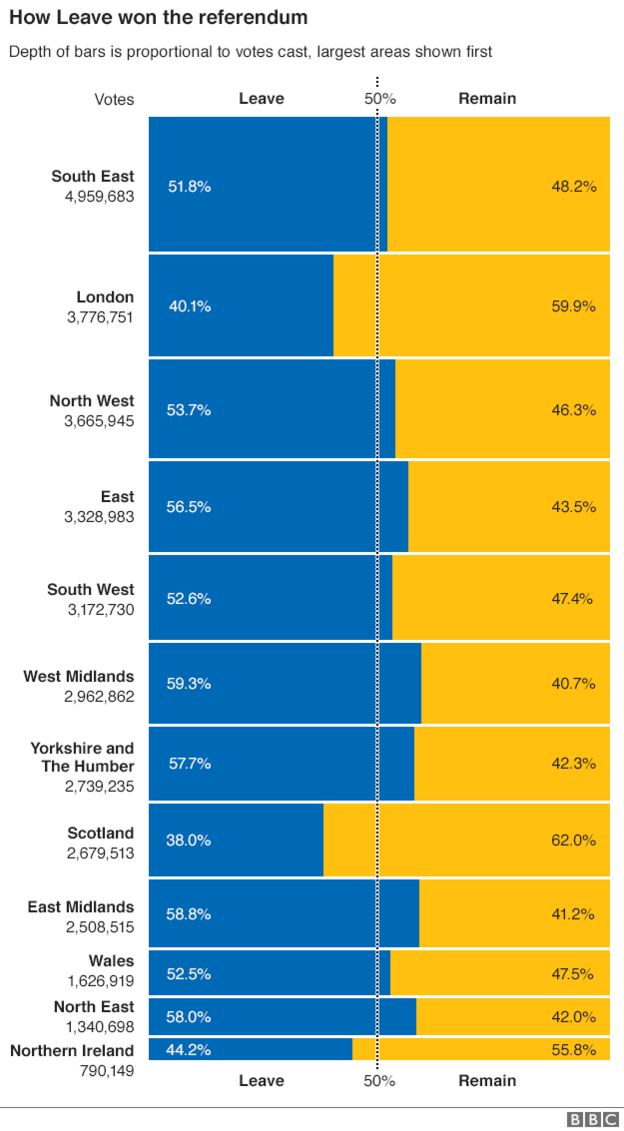 Robbo wrote:I didn't even get a fucking say in what happened and this will possibly affect me in some way or other, bastard politicians denying a British Citizen the right to vote.

how did that happen robbo

Because ive lived outside of the UK for over 15 years mate, still doesn't alter the fact that I have a British passport. What changes for me I do not know probably paper work, regarding Pensions, Health ive been paying into the system here so there shouldn't be a problem there.

by Lazarus
Jeremy sacked Mr Benn, he'll be off to Festive Road to plan a new adventure. Probably Labour leader!

by Lazarus
See what did i say? Au revoir peace process.......

'As the political classes in both London and Dublin absorb the shock from Thursday’s EU vote, republican dissidents in Derry believe that in the long term Brexit will mean the breakup of Britain.'

by madredmonkey
N Ireland were knocked out of the European championships yesterday,
Do we need another vote, to get them back in till they get the right result.

madredmonkey wrote:N Ireland were knocked out of the European championships yesterday,
Do we need another vote, to get them back in till they get the right result.

That's so funny, nearly as funny as all the funerals of the victims of the troubles i've been to. Prick!

by madredmonkey
What's funerals got to do with the N Ireland football team, you sad fuck,
Not interested in Irish political views what so ever.

madredmonkey wrote:What's funerals got to do with the N Ireland football team, you sad fuck,
Not interested in Irish political views what so ever.

What have the NI football team got anything to do with the Brexit thread??? Why type Brexit at the end of your post?

So your not interested in Irish political views but you support Brexit? Probably not really interested in Scotland either or any other countries for that matter. Heres a plan why not fuck off out of this conversation as well you fucking idiot....

This lot belong in an entirely different party now. Their views are much closer to the tories than the working class

They should stop trying to "take the party back" and form their own, one that isn't connected to the unions aka working class people
All times are UTC+01:00
Page 43 of 168
Powered by phpBB® Forum Software © phpBB Limited
https://www.phpbb.com/